Says it all really ,seems strange but we’re over half way with 100 days till kick off! currently In Samarkand,as intriguing and mysterious as it sounds a fantastic experience watching an amazing light show projected on to the mosque and madrassas by 36 massive projectors and commentary in English truly memorable might be worth a watch on you tube!

Decided thar Derek the Otter was a bit lonely so invited some friends to join us for the journey to keep him company .He looked a bit shocked when he first saw his new mates but has got to know them as Kaz, Uze and Taj!

Hit a swarm of giant locusts this one got caught up in wiper blade about 5 inches long glad we’re not on bikes!

I want one like this early Ford 40 series prototype! Seen en route !

Russian built combine harvester! hand feed, and dumps straw in gurt heap to give workers something to do I.e.load it on a trailer and carry back to farm loose!

Next up into mountains to wild camp at seven lakes ,interesting off road drive getting more and more challenging until after 20km had to stop about 3 km from lakes as clutch lost its fluid requiring a top up and peddle pumping to be able to engage gear and turn around on narrow mountain pass!

First symptom ,wet left foot! First reaction have a beer and think about consequences of being off road fairly remote and 240 km from nearest town without proper clutch operation as this is indicative of clutch master cylinder failure as fluid drips down onto drivers foot!

Managed to creep down to near civilisation and picked up 3G amazingly! A quick search on I overlander app found Anar Maul a German guy running a garage in Dushanbe who communicated via WhatsApp identifying part required by sending a picture of the offender and vehicle serial number within ten mins he confirmed it would take 5 days to arrive in Dunshabe which was great to know .With our enforced slowdown and still 230 km to go we crept over the 2700m high mountain range with slick gear changing ,multiple top up stops and a soggy left foot!

Wild camped in dried up river bed track ,lamb chops on the bbq and a pensive nights sleep.

Up and up to the summit at 2700m and a truly scary 5km unlit tunnel full of Mad trucks, crazy cars,stinking exhaust fumes, blackout darkness and amazingly idiotic drivers which all contributed to a frightening experience adding to the dodgy clutch one I wouldn’t want to repeat! For those who like scary films check my Facebook page for dash cam action.

Phew! Had to stop for a breath of fresh air and a view! 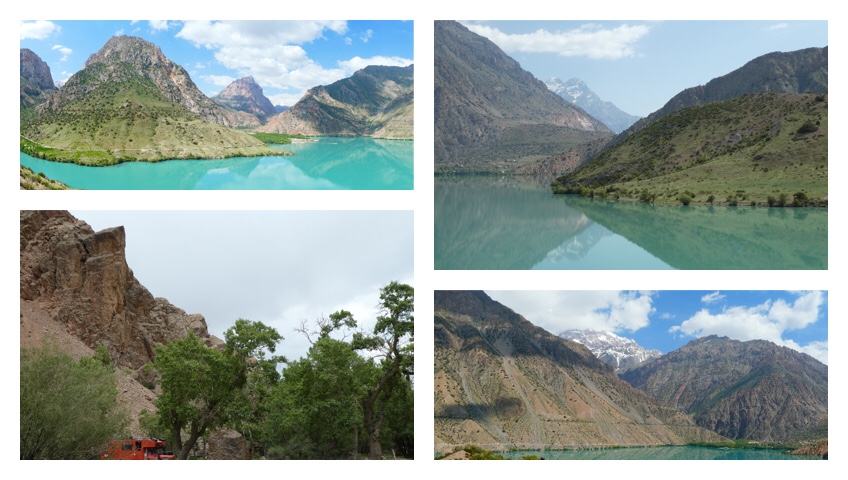 Decided it was time for some enforced R n R and found this amazing guest house with level parking and a spring filled swimming pool where we stayed for a couple of nights. Making good use of our mozzie nets ,not for the first time amazing how the security of a net helps the sleep! 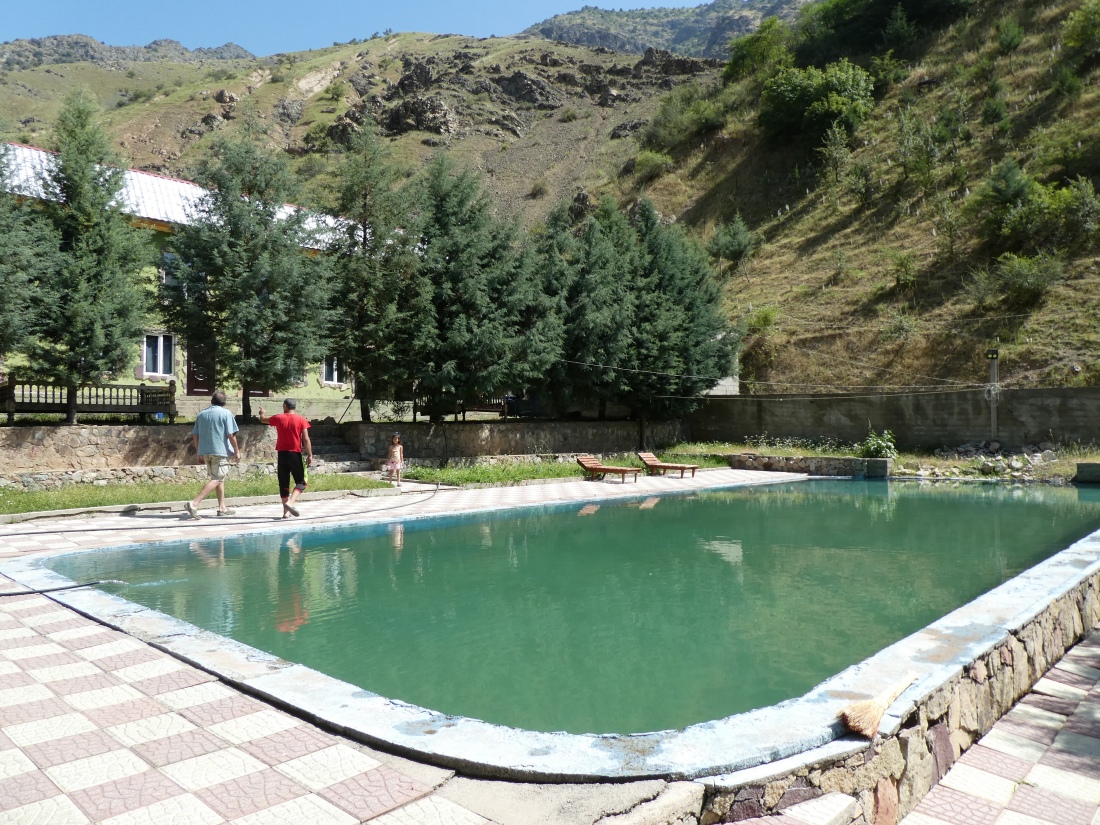 Constantly brought presents of melon,almonds and cucumber by Jasmine-a our hostess it was difficult to leave as next stop was to be Dushanbe and clutch repair.

After a tricky drive into town and checking into a hotel in Dushanbe I spent a pensive night wondering if part would turn up,would it be the right part, was it going to be a Chinese rip off, could I change it myself ,would it work?And all those things that keep you from a good nights sleep.The appointed hour arrived when part was to be at garage so I decided to wait an extra couple of hours ,as there is always the possibility of a no show. I found the garage ,the correct part was there it had been shipped from Moscow. In 33 deg intense heat managed to change part without any dramas, except for a thunder storm and heavy rainfall the first rain we had seen since Hungary which was a great relief from the heat. 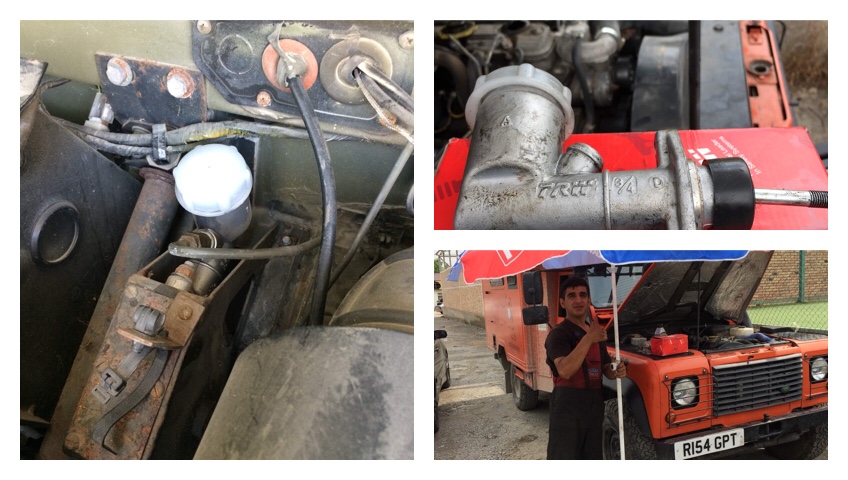 Offending part removed and replaced with an engine oil change done by Hamid and his great sun/rain shelter great service from these guys .I will sleep well tonight after a few pints of the cheapest beer in the world at £0.70 a pint I struggled to drink £2.00 worth!

They even sold cigarettes in this awesome beer garden ,cowshed cafe Awesome day!

Feeling fuelled up and ready for the Pamir Highway and Kyrgyzstan our next country.

3 thoughts on “Never a dull day in the Landrover”